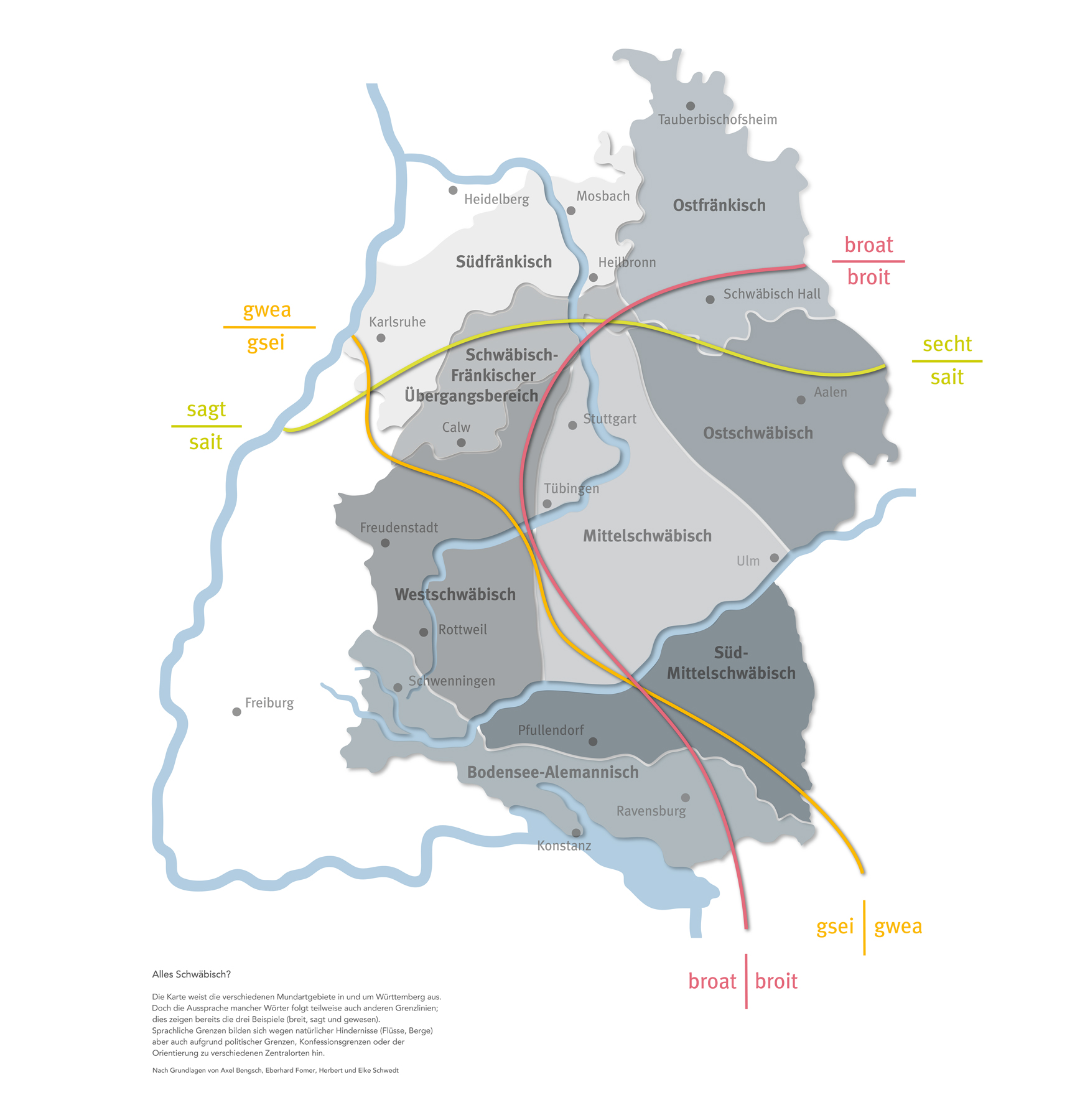 Map of the south german region Württemberg, divided into areas of dialect. The coloured lines illustrate pronounciaton changes of three specific words according to regional dialects 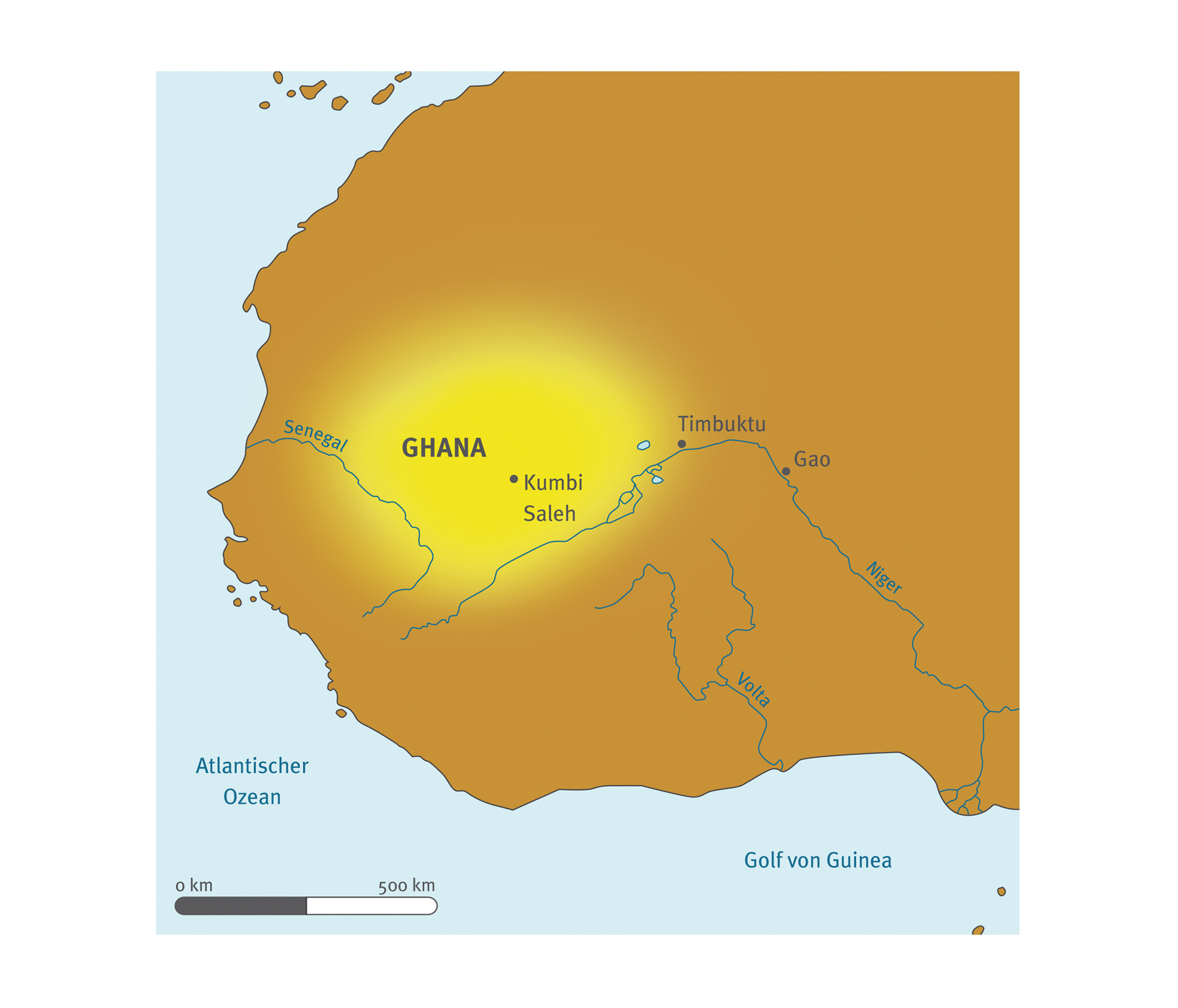 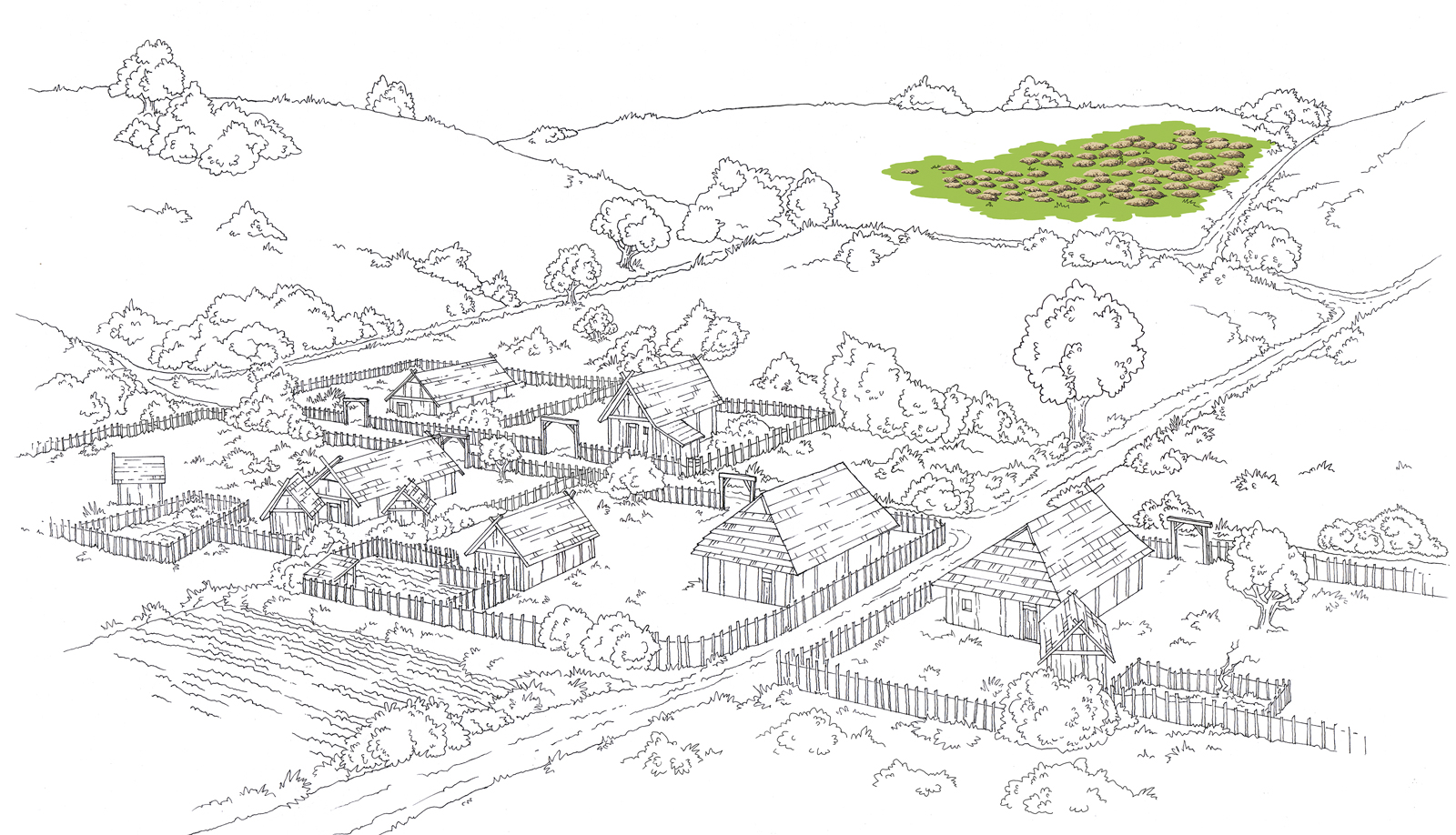 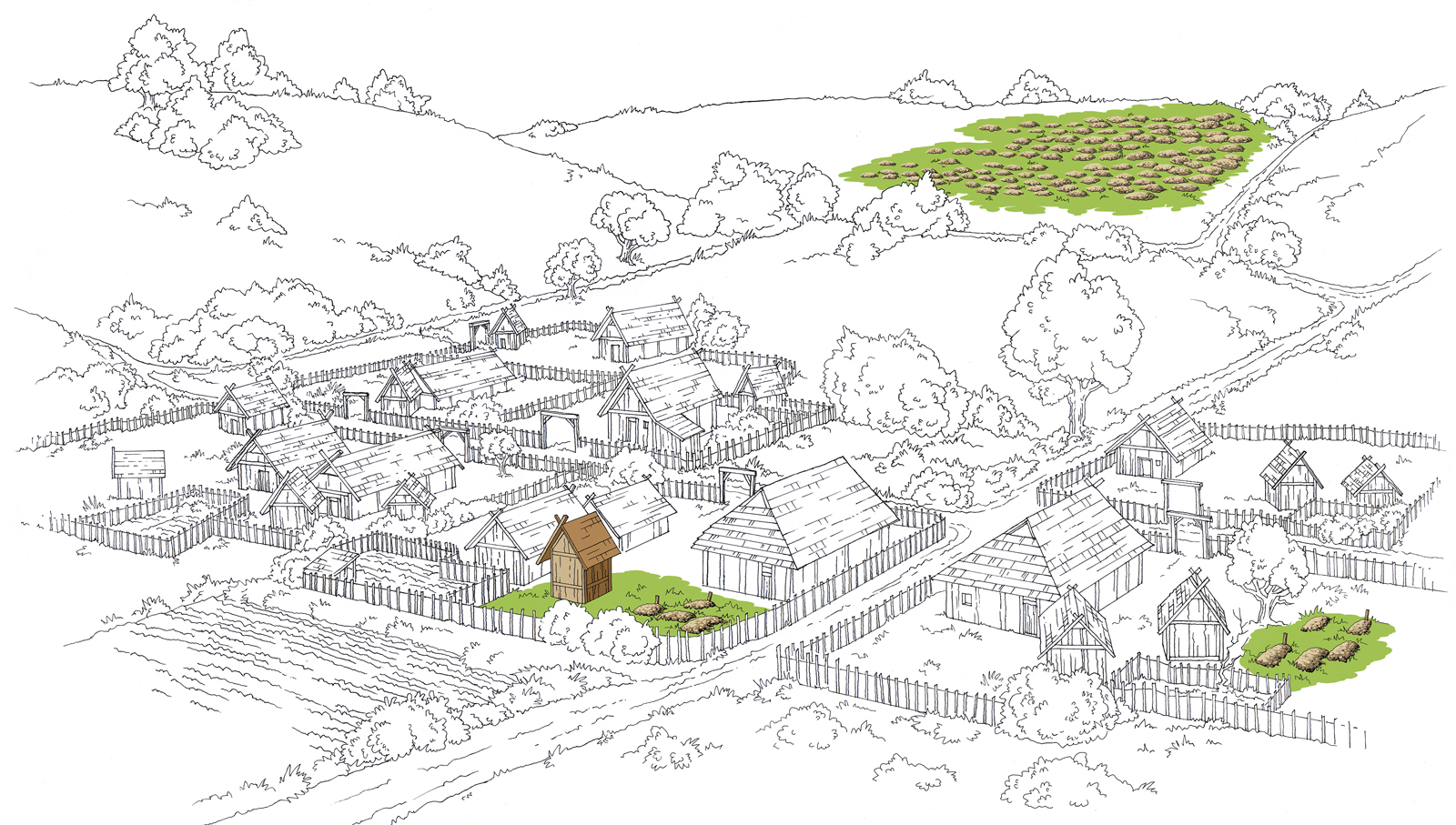 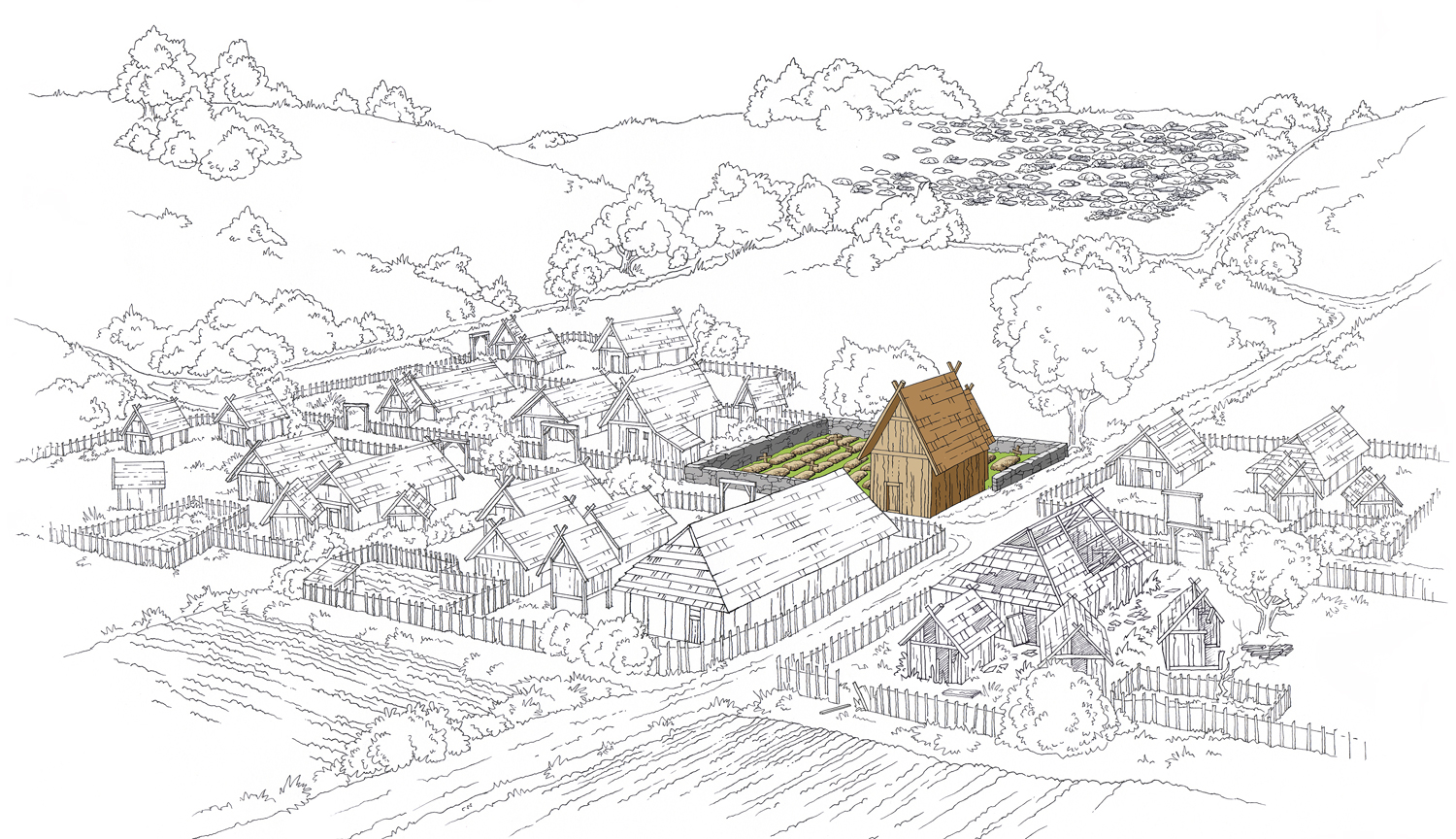 Trio of plans illustrating evolution of a village in the early middle ages, focusing on the changes of locations of its burial grounds and cemetries 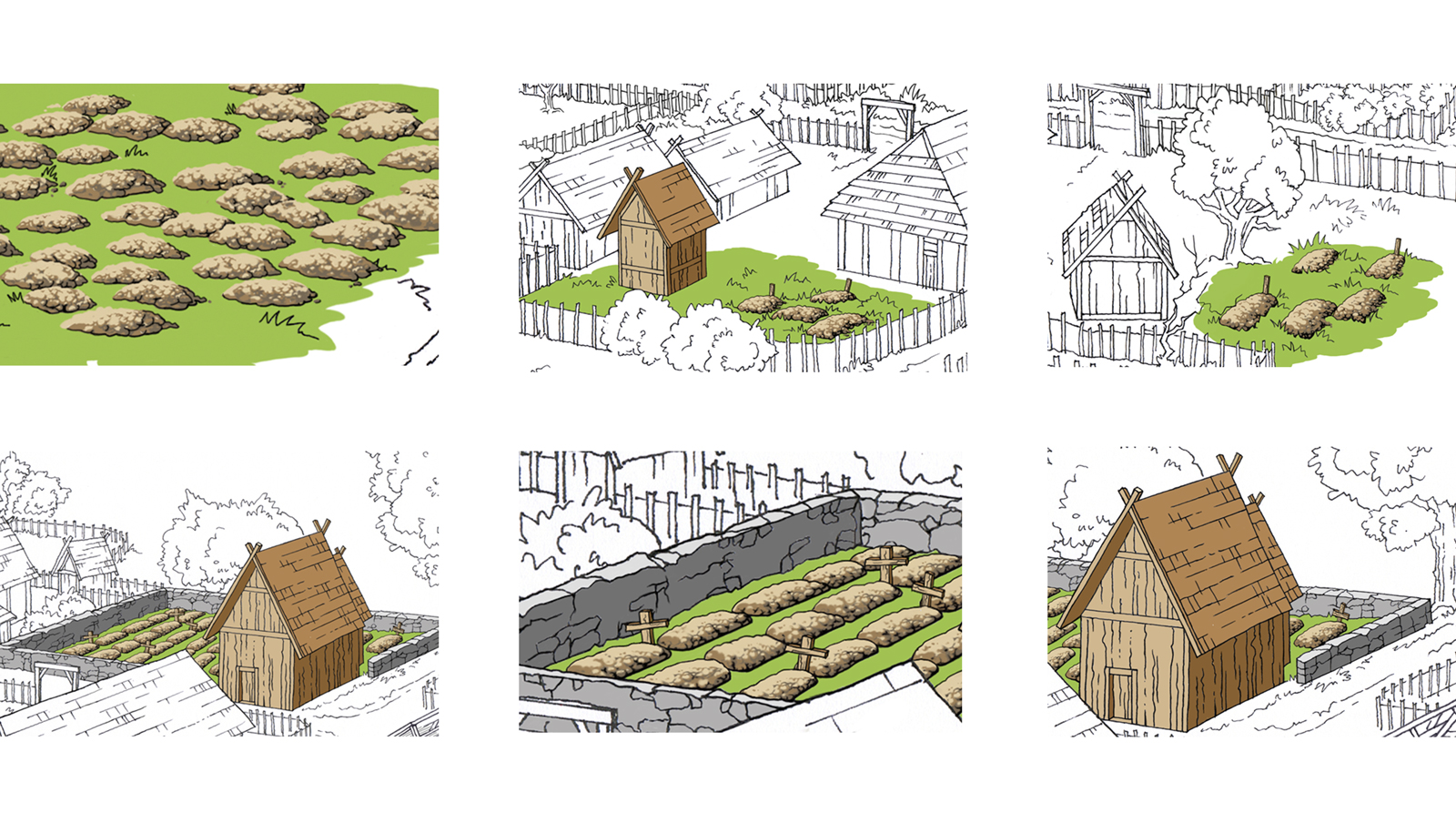